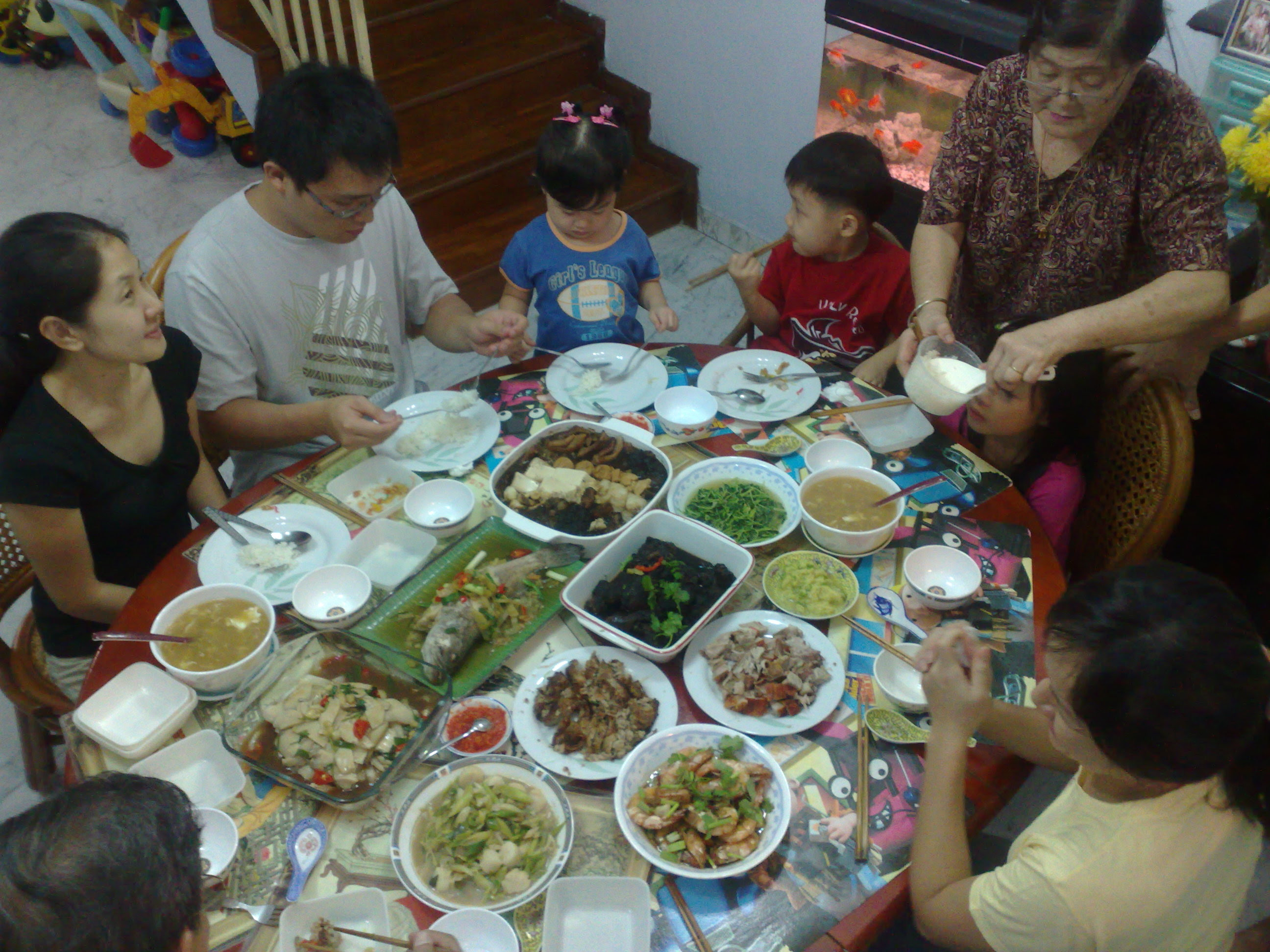 - Do respect Chinese table etiquette, and when I mean Chinese, I mean traditional Chinese. Do take food from your side, do take food on the top. If it's in a restaurant, and try to pour tea to your elders (if your arms are long enough).

- Do say a lot of good wishes to others: "Kung Hei Fat Choy" (good fortune), "San Tai Kin Hong" (good health), "Saang yi hing loong" (good business for those who are self-employed), "Gong Jock Shun Lei" (no obstacles during work for those who are employed). Well, if you are married, prepare your red packets.

- Do tell white lies whenever appropriate. "Are you married?" "Do you have a boy/girlfriend?" "Have you started working?" Answer whatever you like, but do not bluff. Do not lie to those who are specially close or have super good memory, you got that, right?

- Do play with kids. Good riddance as it prevents relatives from asking you questions, and kinda play tricks on them. Not the case if you already have one (or sadly, two or above). Do tell them Hong Kong is severely invaded by the Commies if they are mature enough to understand what you mean.

- Do hide in toilets and pretend having stomachache if you encounter some fricking bad ass relatives. Surfing sites such as Facebook, read, do whatever you want until somebody wants to use it.

- Do reject others' presents if they're too expensive, and accept when requested for than one time.

- Never talk about religion(s), especially to Christians. I sincerely believe that Catholics, Buddhists and Muslims in Hong Kong are relatively, um, normal. Once you asked about that, they will preach you as if they were reverends, fathers and sisters. Yuck.

- Avoid talking about politics (though one can't really avoid it), especially those old arseholes who are protagonists of PRC. I would only want to say one thing to them: "May karma fall upon them."

- Don't get your eyes stuck to your smartphones, though you really want to. Try to interact with others but avoid deep-down conversations. Focus on foods, drinks, preferences to something that isn't important at all. Pretend that you are sociable though you might not be. Believe that you aren't autistic, but rather optimistic (even for a while).

- Don't talk about others' appearance or body figures, though they might be extremely hilarious. Hold you breath, pretend it isn't funny at all. Focus on some other things, probably tangerines or peach blossoms.

- Don't rush for the bill. Hongkongers might not be that serious, but mainland Chinese can be really 'preemptive' in paying bills in restaurants, to show their socio-economic status. Keep calm and sit right there.

- Avoid ostentation or making jokes to run-of-the mill relatives with humour sense comparable to the Germans. Silence is gold, in this sense.