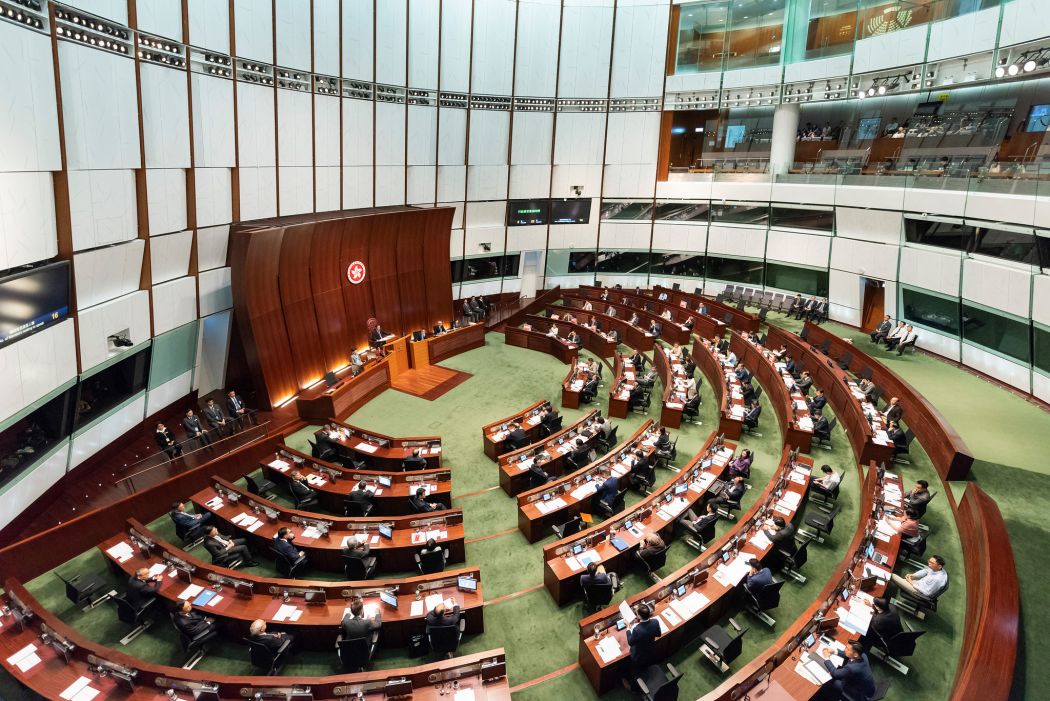 There is a sense of futility talking about law in Hong Kong today. Many would argue that the city's legal system is at the mercy of the NPCSC.
Nevertheless, let's have a look at HK's legal mechanism for disqualifying lawmakers.
We start with Basic Law Art. 79, which lists all the situations where the LegCo president can disqualify lawmakers.
On paper, it is not easy to dislodge a sitting lawmaker elected by popular vote - and for good reason.
Article 79
The President of the Legislative Council of the Hong Kong Special Administrative Region shall declare that a member of the Council is no longer qualified for the office under any of the following circumstances:
( 1 ) When he or she loses the ability to discharge his or her duties as a result of serious illness or other reasons;
( 2 ) When he or she, with no valid reason, is absent from meetings for three consecutive months without the consent of the President of the Legislative Council;
( 3 ) When he or she loses or renounces his or her status as a permanent resident of the Region;
( 4 ) When he or she accepts a government appointment and becomes a public servant;
( 5 ) When he or she is bankrupt or fails to comply with a court order to repay debts;
( 6 ) When he or she is convicted and sentenced to imprisonment for one month or more for a criminal offence committed within or outside the Region and is relieved of his or her duties by a motion passed by two-thirds of the members of the Legislative Council present; and
( 7 ) When he or she is censured for misbehaviour or breach of oath by a vote of two-thirds of the members of the Legislative Council present.
You might ask: What about Baggio Leung & Yau Wai-ching getting DQ-ed? BL Art. 79 didn't say anything about oaths.
In 2016 the court ruled that, because they didn't take their oaths properly, they never BECAME lawmakers in the first place.
https://legalref.judiciary.hk/doc/judg/word/vetted/other/en/2016/HCAL000185A_2016.doc
Which brings us to today. The 4 DQ-ed democrats are sitting lawmakers whose terms were extended by the NPCSC in August, due to the election delay.
Even if we accept the fact that they were barred from re-election, that should only affect the NEXT LegCo term.
Carrie Lam tried to blur the distinction today, saying that people found unqualified to run for LegCo election are "naturally unqualified" at being a LegCo member.
But the law disagrees. Election candidates are DQ-ed one way, and LegCo members are DQ-ed in another.
TL;DR - When elected, a Hong Kong lawmaker enjoys constitutional protections which prevent them from being ousted on a whim.
Today we are reminded once again: Beijing doesn't care.
Posted by HKCT at 22:21 No comments:

Holmes Chan: Why run at protests? 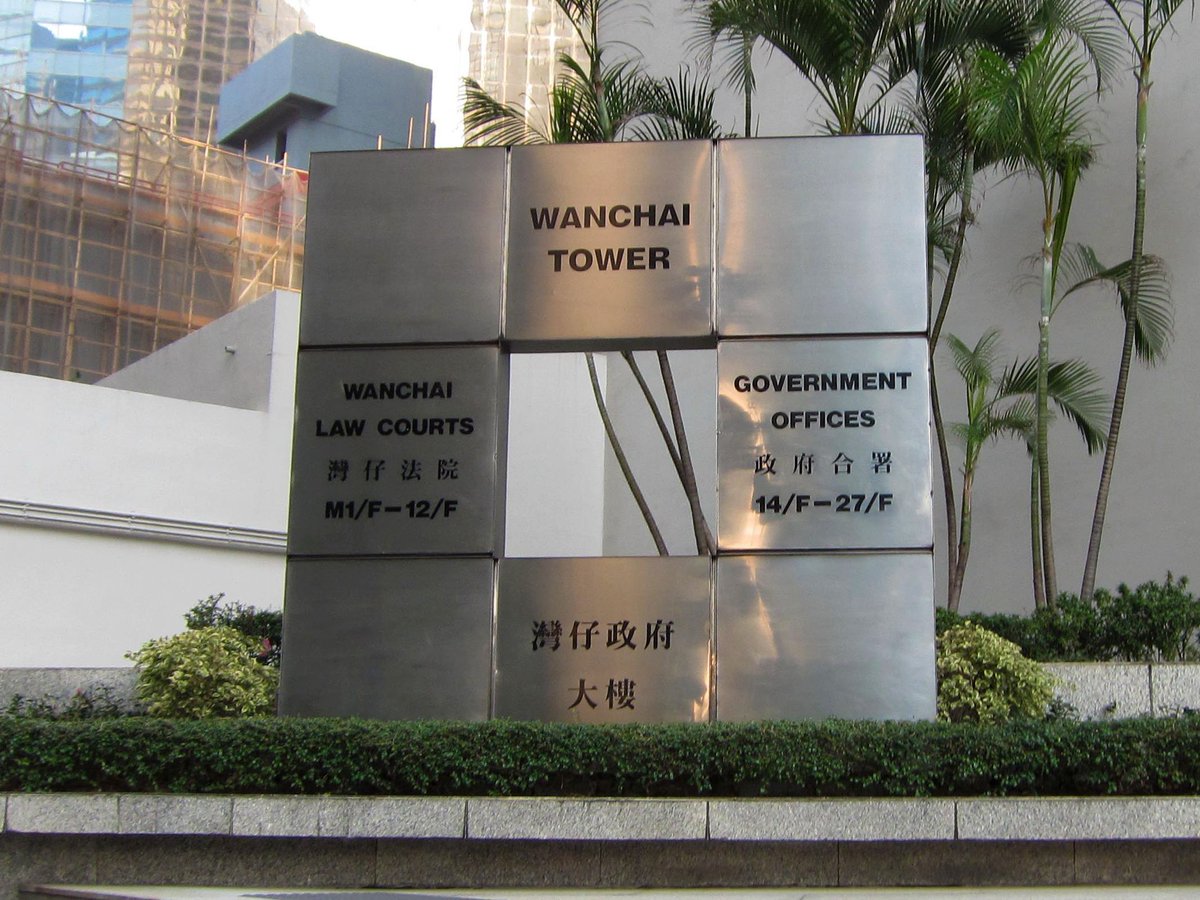 A Hong Kong court today found 7 people not guilty of rioting in relation to an Aug. 31, 2019 protest.
One of the issues is whether the court can use the fact that the defendant ran - i.e. "flight and concealment" - as evidence against him. (1/7)
District Judge Sham Siu-man said prosecutors must prove the defendant's sole purpose was "fleeing out of consciousness of guilt," in order to use that fact against him.
[N.B. 1st image is the original Chinese judgment, 2nd is an English summary from the judiciary] (2/7) 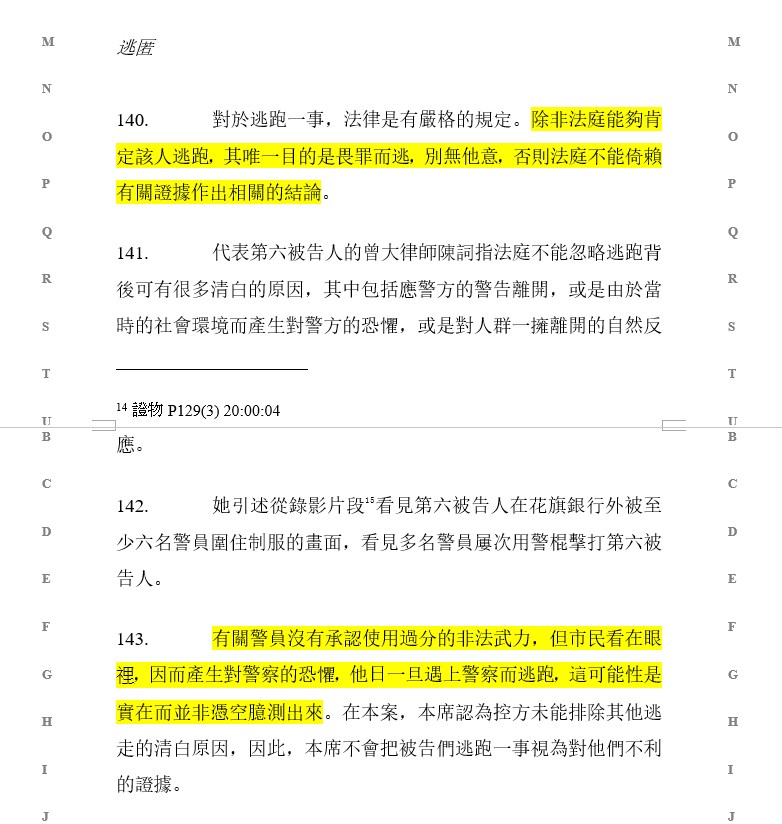 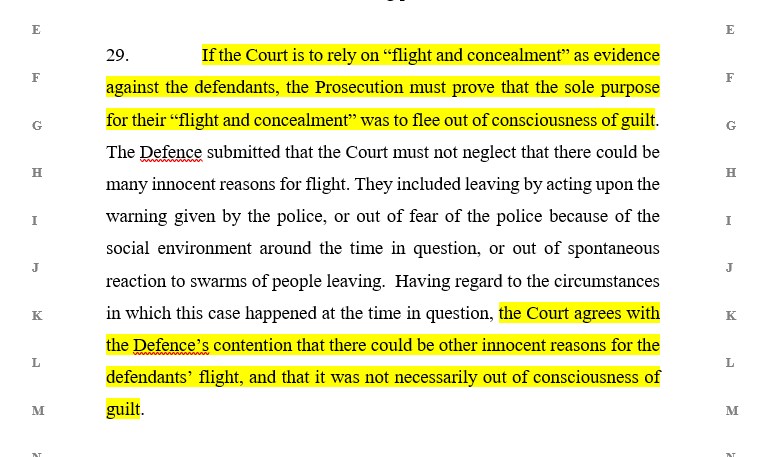 Notably, the judge accepted the argument that people might fear police after watching footage of police brutality, and there is a "real possibility" those people might run the next time they see the cops.
That kind of running could NOT be used as evidence against them. (3/7)
Here's the twist: the same judge said something rather different in 2017, in his guilty verdict for 3 people charged with rioting over the Mongkok Fishball unrest.
D3, surnamed Sit, said he was an onlooker and he started running because he saw other people run. (4/7)
But the judge basically said, if you don't want to be mistaken for a protester, DON'T RUN. Just stay still on the pavement or step aside.
The original judgment is in Chinese only; I have taken the liberty of making an unofficial translation. Both are attached. (5/7)
***
(unofficial translation)
91. Let us now examine in detail the testimony of D3. He testified that he finished dinner on Lunar New Year's Day and went out with friends. He sang karaoke at Chong Hing Square, before leaving in the early hours of the next day. He saw many protesters on that section of Nathan Road and heard someone say 'the police opened fire', so he stayed on the pavement to watch as an onlooker.
92. During that time, he saw people pushing debris onto the road and throwing objects, but he couldn't see the police line in front of him. Suddenly, someone ran into his direction and he also ran because he was afraid of his personal safety. He felt he was attacked from behind and lost consciousness. When he woke up, he found he was already handcuffed and taken to the police station.
93. During examination-in-chief, D3 only said he "ran because he saw others run." But under questioning, he added that he ran because he didn't know what was happening and was concerned about his personal safety. He also agreed that he didn't want to be confused for a protester.
94. The court believes that, if D3 really was an onlooker, it is very reasonable for him to wish that he was not confused for one of the people participating in the disturbance. As he said, he was on the pavement of the northbound lane of Nathan Road. This was also a reasonable thing to do as the protesters occupied the road, and a bystander had no need to go into the midst of protesters.
95. Objective evidence shows that on one side of the pavement is the road (the northbound lane of Nathan Road), and the other side are the ground-floor shops (which were closed after midnight). He said that he suddenly so people running in his direction. Let's pause and imagine the scene at the time: on the road at least 20, 30 people were running to evade capture by the police. Someone run on the road, some will run towards the southbound lane of Nathan Road, someone run towards the pavement where D3 was. In this case, the best way not to be confused for a protester is not to do what they were doing – namely running.
96. His explanation that he was fleeing out of concern for his personal safety is unsound. "Running with others" does not necessarily preclude risks to personal safety. Aside from being confused for a protester, this court believes that D3 would have given thought to the fact that many people running together could easily lead to collision and injury. We have also occasionally heard of the chaotic scenes of a stampede.
97. D3 was located on the pavement, and he was next to a row of shops that were closed. If he did not want to obstruct the people who were running -- no matter they were fleeing protesters or officers in pursuit -- he only needed to remain still, or perhaps move a few steps towards the doorways of the shops.
98. Based on his testimony, to put it simply, this court does not accept that D3 was an onlooker that night. The question that follows is what he actually did that night.
***
It is worth noting there are factual differences between the 2017 Fishball case and the 2019 Wanchai case. Also, D3 in the 2017 case was not solely convicted on the grounds that he ran.
Nevertheless, we have an example of changing judicial attitudes. (6/7)
TL;DR - In 2020, even Hong Kong judges have to accept that there are "innocent reasons" for people to run at the scene of a protest. (7/7)
2020 judgment [DCCC12/2020]
2017 judgment [DCCC710/2016]
Posted by HKCT at 00:28 No comments: