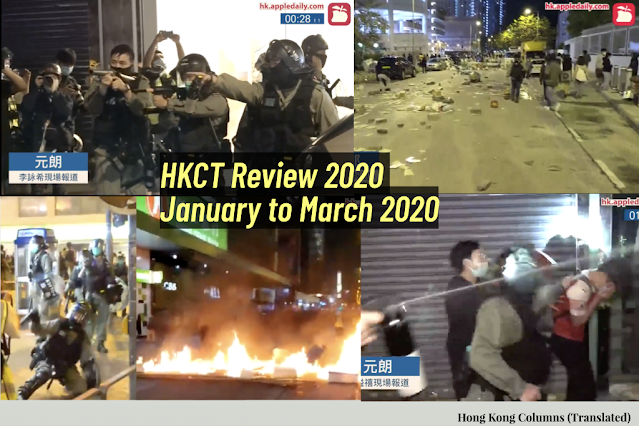 The anti-ELAB protests which started in 2019 continued into early 2020. Although the protests and other social movements reduced greatly in size and frequency, facilitated by the social distancing measures prompted by the coronavirus pandemic, the political situation in Hong Kong remained tense. In addition to regular protests on certain occasions to commemorate the deaths of prominent activists or significant political events in 2019, there were isolated protests demanding a full border closure in view of the COVID-19 outbreak in Hong Kong, including a historic 5-day strike of thousands of medical workers. Police brutality against protesters, reporters as well as persons in public office, and their abuse of power remained a pressing issue, as reported in the US Human Rights Council's 2019 Report for Hong Kong. Especially after the implementation of social distancing measures, there were several occasions where police arbitrarily used the so-called gathering ban to restrict citizens' right to political participation, and no applications for public demonstrations or assemblies were approved (but at least there were still people coming to the streets).

The annual mass demonstration organised by the Civil Human Rights Front on New Year's Day, the first since the outbreak of the anti-ELAB movement, was allegedly attended by 1.03 million participants, while police put turnout at around 60,000 people. Both numbers recorded the highest turnout in the past years (https://www.facebook.com/hkcolumn/posts/2536688489881868). The demonstration was cut short, after police had demanded that the demonstration be dispersed in 30 minutes and started deploying tear gas and water cannons against protesters. A total of 400 people were arrested. 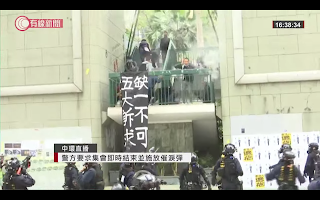 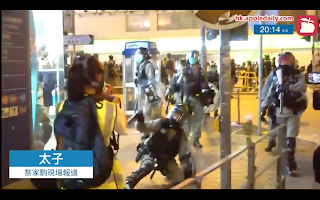 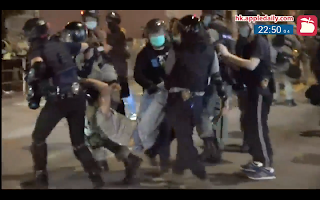 Oppression of pro-democracy figures and activists

On 25 January, the first day of Lunar New Year, People Power's vice-chairman Tam Tak-chi (Fast Beat) was arrested at his home for "inciting others to participate in an unlawful assembly", after he had called on citizens to participate in an earlier protest rejected by the police (https://www.facebook.com/hkcolumn/posts/2558718774345506).
On 28 February, police arrested the founder of Next Media, Jimmy Lai, the chairman of the†Hong Kong Alliance in Support of Patriotic Democratic Movements of China, Lee Cheuk-yan, and the former chairperson of the Democratic Party, Yeung Sum, and charged them with illegal assembly over a protest on 31 August 2019 (https://www.facebook.com/hkcolumn/posts/2586643231553060). Lai was also charged with intimidation of a journalist in 2017; in September he was eventually acquitted for this but DOJ seeks to appeal (https://www.facebook.com/hkcolumn/posts/2753832304834151).
On 6 March, the former spokesperson of Hong Kong Indigenous, Edward Leung, who had been sentenced to 6 years in prison for participating in the 2016 Mong Kok civil unrest, was transferred to a prison cell of maximum security for most serious offenders, after Correctional Services Department had reportedly discovered hints at a prison break in letters addressed to Leung (https://www.facebook.com/hkcolumn/posts/2592441434306573).
On 12 March, district councillor Andy Lao's staff member and girlfriend was arrested and detained, after they had been assaulted by a group of 30 led by a "blue-ribbon" (pro-police) representative in their office. While most of the assailants were still at large, police searched Lao's home, and arrested his girlfriend for wounding, who had been one of the victims in the attack (https://www.facebook.com/hkcolumn/posts/2597131910504192). The government said the 2 councillors involved displayed insulting notices in their joint ward office and they should remove them (https://www.info.gov.hk/gia/general/202003/17/P2020031700332.htm).
On 26 March, the 60yo chairwoman of the Central and Western District Council and member of the Democratic Party, Cheng Lai-king, was arrested for "seditious intent". She was suspected of violating an interim injunction order of the High Court banning doxxing of police officers, after she had shared a Facebook post which contained a police officer's personal information (https://www.facebook.com/hkcolumn/posts/2608983472652369). Cheng also presided a District Council meeting in January attended by Commissioner of Police Chris Tang, who was condemned at the meeting for police brutality and walked out as a demonstration.

On 4 February, the US Congress nominated Hong Kong's pro-democracy movement for the 2020 Nobel Peace Prize (https://www.facebook.com/hkcolumn/posts/2567044063512977).
On 11 March, the US Human Rights Council published the 2019 Report on Human Rights Practices in Hong Kong with a huge focus on police brutality against protesters and persons in custody since the outbreak of the anti-ELAB protests in June 2019 (https://www.facebook.com/hkcolumn/posts/2596903043860412).
On 17 March, the US Heritage Foundation published the 2020 Economic Freedom Index, in which Hong Kong lost the leading position it had held for 25 years to Singapore. According to the report, the massive demonstrations impeded economic activity and heightened fears of mainland interference, and Hong Kong's growing affiliation with mainland China was seen as a liability in its traditionally open and market-driven economy (https://www.facebook.com/hkcolumn/posts/2601456083405108). The government claimed that Contrary to the Foundation's concern, such integration with the Mainland through trade, tourism and financial links will not erode Hong Kong's freedoms (https://www.info.gov.hk/gia/general/202003/17/P2020031700546.htm).
Posted by HKCT at 23:21