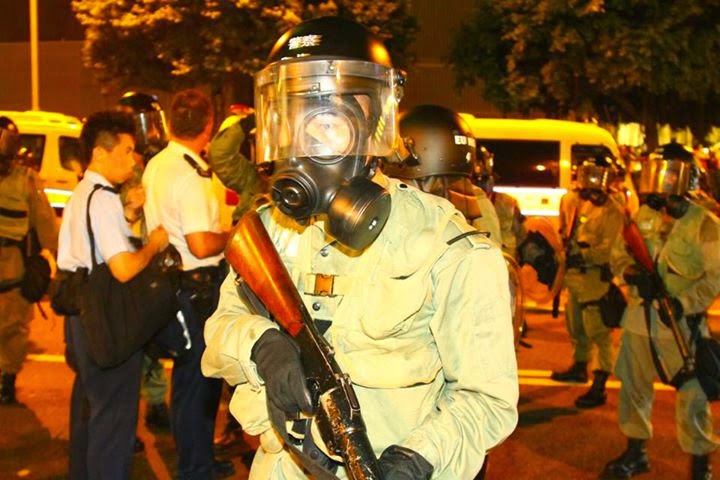 Under British rule, one of the greatest benefits Hong Kong had gained is the culture of working in accordance with rules and regulations. The British understood that men are weak and selfish in nature. Once they are empowered with authorities without restriction by rules, they will corrupt. It is impractical to expect men to exercise restraint and act on conscience and moral conduct without a comprehensive system for regulations. Readers can look no farther than China, a country with practically no working social system to restrict its people. The Chinese corrupt, abuse power and walk in by the back door. Had Hong Kong not been a British colony, our society might just suffer a similar fate.

To ensure police can execute their duties, policemen are authorised with more power than ordinary citizens. For one thing, they have the authority to check the identities of passers-by.  To avoid abuse of power abuse, the discipline and behaviour of policemen both on- and off-duty are monitored by the Law of Hong Kong and the Police General Orders set up by the Hong Kong Police Force. Offenders are liable to disciplinary actions.

As far as the legal regulations on the use of police power and on the execution of police duties are strictly followed, not only could police officers protect themselves amidst turmoil in the political environment, no one could question their authority. 否則，警隊就會把自己置於危牆之下。

1. Police officers (POs) should exercise self-discipline and restraint when in contact with citizens.  Force should not be used unless there is an absolute need or when there is no any other alternative to complete the task legally.

2. Before using any force, a PO shall make clear to the subject of said force his identity and, whenever the circumstances allow, give a warning, and indicate the kind and level of force to be used.  Within the scope of practicality, it should be made possible for the subject to comply with the order of the police before any force is used.

3. The use of force must not be more than what is necessary for its aim(s); such force must no longer be used after achieving the aim(s); any force used must be reasonable in the circumstances.

Footages on the internet and the news show numerous occasions where police used force against protesters. Viewers will also take note of the types and uses of weapons employed by the police (batons, shields, pepper spray and tear gas), and decide for themselves whether or not such "force" is in accordance with Chapter 29 of the PGO above.

In light of loud outcries from the public condemning police brutality, Executive Councillor Fanny Law went with the flow and pointed her finger at the police. "The way the officers have dealt with the situation is the source of public anger. The police owe an explanation to the Executive Council," Law said in a radio interview, effectively clearing the government of any responsibility.

Speaking on behalf of the police, Assistant Commissioner of Police (Operations) Cheung Tak-keung denied responsibility on the part of the government and the senior officials. Cheung stressed to reporters that under any circumstances, use of force by the police is on direct orders of the commanding officers at the scene. I wonder what those officers say to that. I wonder if they will be able to quote a relevant law for every single order they have ever given to excuse themselves from responsibility.