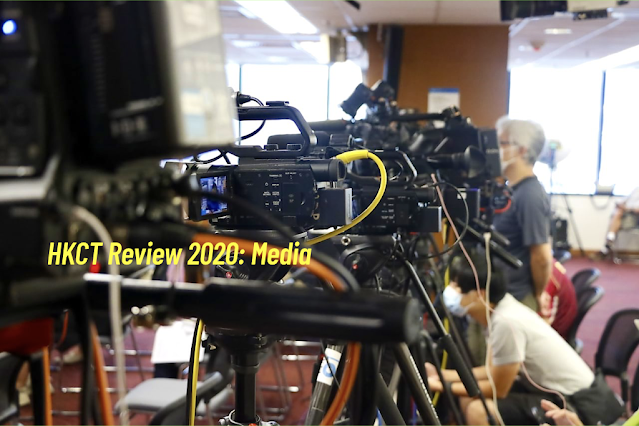 Hong Kong’s media freedom suffered serious blows during 2020, but much critical reporting continues, as shown by HKCT’s translations of coverage throughout the year. RTHK, the public broadcaster, has faced substantial government pressure to bring its programming into line with the government’s views. The Headliner, a popular satire programme, will go. Jessie Ting, a civil servant close to Carrie Lam, will head a ‘governance review’. Meanwhile, 3 senior executives will leave RTHK, and Nabela Qoser, a popular reporter, continues in her probationary period long after it was due to end.
The pattern has been repeated elsewhere. At Cable News in August and now News in June, new executives who previously worked at Television Broadcasts (TVB) were parachuted in. TVB is accused of being excessively deferential to the government and Beijing. Personnel changes at Cable News continued.  After an initial round of lay-offs supposedly on financial grounds, including the firing of the whole News Lancet investigative team, many other journalists resigned in solidarity in December. They include a third of the staff of the finance desk, the whole reporting staff of the China desk, and 5 senior executives including 2 assistant news controllers. No similar changes have occurred at now News, but Bill Chan, the new head of now News, ordered a report about the Communist Party membership of a Pro-Vice-Chancellor appointee at HKU deleted.
Reporters who do not face pressure from management instead confront obstacles from the government. Bao Choy, an RTHK producer who contributed to an earlier extensive report on the 21 July Yuen Long attack, was arrested in November because he conducted a vehicle search on a government database. The Buildings Department denied Cable News journalists access to building plans after a fire killed eight in Yau Ma Tei.
Perhaps the biggest shock of the year, however, was the search of Apple Daily. Large numbers of police stormed its offices and even seized journalistic material. It took several months before Apple Daily obtained a High Court order to have the documents returned. Apple Daily’s troubles did not end there. Jimmy Lai, its owner, was entangled in legal troubles in December and denied bail. He was transferred to court at one point in chains.
Also worth noting is that the Chief Executive and her bureaux secretaries receive far more interviews from Mainland media, including CCTV, Global Times, Shenzhen TV and so on. It seems this has become the trend to avoid appearing in Hong Kong media and hence less palatable questions. 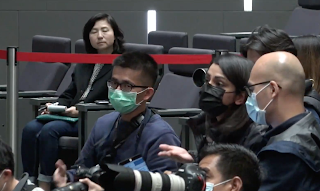 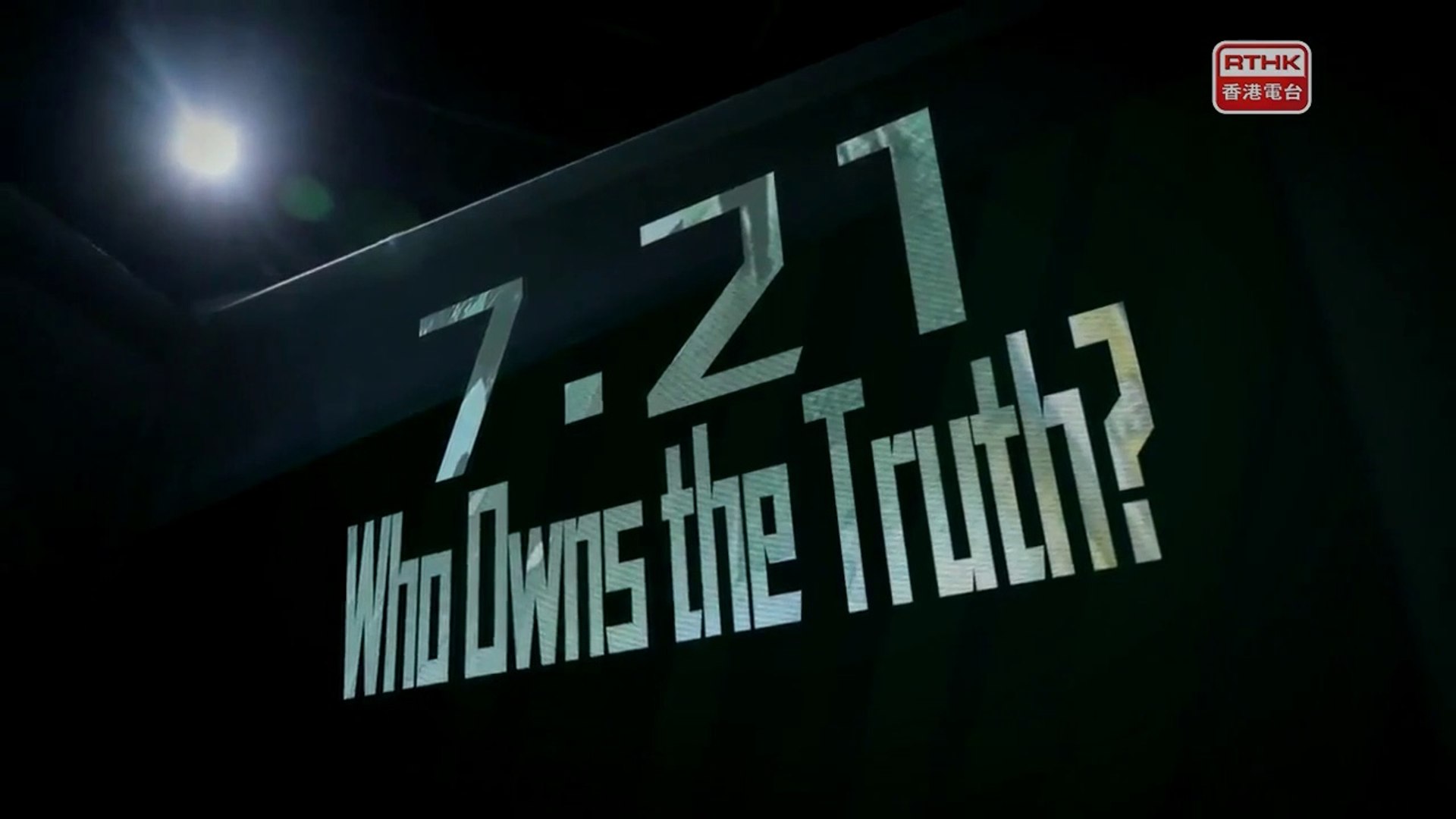 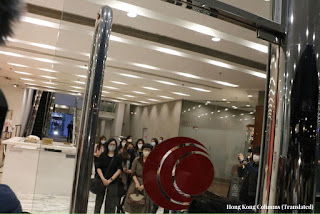 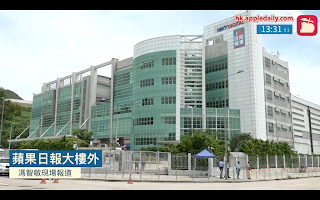 In March, the Foreign Correspondents’ Club wrote to the Chief Executive to ask whether bans on US outlets in retaliation for similar measures taken in the US would extend to Hong Kong after unclear answers from her to a previous letter (https://www.facebook.com/hkcolumn/posts/2603772763173440). They wrote again in June to express concern that the National Security Law would curtail journalistic freedom (https://www.facebook.com/hkcolumn/posts/2684545348429514).
In May it emerged that the police were considering a 2-tier system for reporters, by which staff of citizen and student media would not be treated as journalists. The HKJA said that everyone has the right to cover news, and that this right was recognised in human rights law (https://www.facebook.com/hkcolumn/posts/2659142904303092). 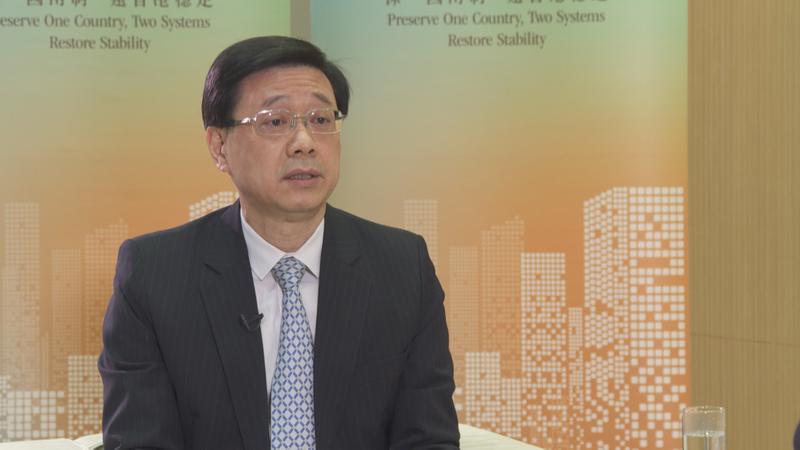 In July, John Lee, Secretary for Security, said that planning was underway to punish ‘fake reporters’ and regulate the media. The HKJA slammed the proposals and said that they were similar to practice on the Mainland (https://www.facebook.com/hkcolumn/posts/2711710559046326).
Despite this concern for identifying ‘fake reporters’, the police refused to investigate HKJA allegations from May that a social media post incited others to forge press cards. They cited a lack of evidence, but this did not satisfy the HKJA (https://www.facebook.com/hkcolumn/posts/2718016261749089).
In September, the police modified the Police General Orders to severely restrict the definition of a journalist, excluding citizen journalists and student media outlets. The police said the changes would facilitate media coverage, but Vivian Tam of Journalism Educators for Press Freedom pointed out that she had helped Police Public Relations Branch to allow student reporters to leave PolyU during the clashes there in November 2019. 8 media unions, including the HKJA, held a press conference to condemn the change (https://facebook.com/hkcolumn/photos/a.1446445815572813/2759784050905643/).
In December, however, it emerged that it was the police who had not identified themselves properly. Justice Anderson Chow in the Court of First Instance found in favour of the HKJA after they lodged a case in response to the police’s repeated refusal to properly identify reporters. Chow also held that the existing complaints mechanism was inadequate and that the Complaints Against Police Office was not independent of the police as a whole (https://www.facebook.com/hkcolumn/posts/2810230569194324). The police rejected the ruling and planned to appeal (https://www.facebook.com/hkcolumn/posts/2824363347781046). 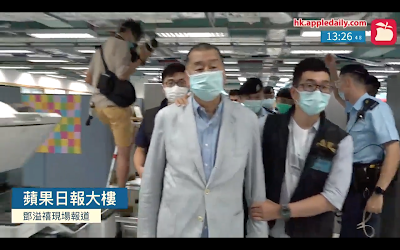 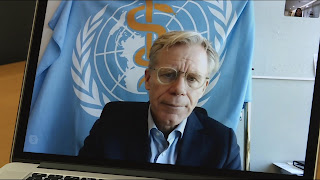 An RTHK journalist asked Bruce Aylward, a senior WHO official, whether it should consider admitting Taiwan. Aylward then pretended not to be able to hear and then hung up (https://www.facebook.com/hkcolumn/posts/2612179592332757). Edward Yau, Secretary for Commerce and Economic Development, then claimed that RTHK had in some unspecified way violated the ‘One China’ principle by asking about Taiwan. When asked, Carrie Lam said that she agreed with Edward Yau (https://www.facebook.com/hkcolumn/posts/2618859284998121).
Internationally, Hong Kong has fallen further down press freedom rankings. It now is 80th (down by 7) internationally due to noticeable problem in its treatment of journalists during pro-democracy demonstrations, according to Reporters sans frontières (Reporters Without Borders) (https://www.facebook.com/hkcolumn/posts/2759352134282168).
In October, Danny Vincent, BBC's journalist in Hong Kong, said he was followed by a suspicious man. He found someone waiting for him outside his home in the same week that Next Digital founder Jimmy Lai Chee-ying and others were arrested for violating Hong Kong's National Security Law, and that he saw the same car at various locations and after moving to a hotel (facebook.com/hkcolumn/posts/2771063163111065).

Broadsides from the pro-Beijing camp