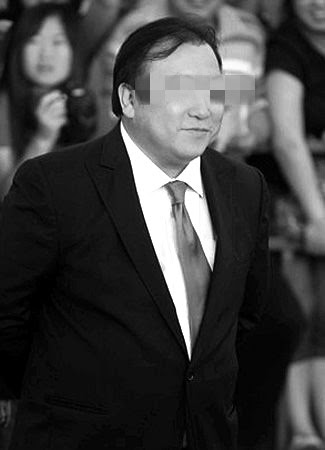 There are some kinds of "seniors" in the Chinese society:

1 - Some kind of old, grumpy bitches who compare your height, exam results, salary, relationship, marriage, your son, or your relative's son. They tread on others and, therefore, gain happiness.

2 - Some authoritative old farts who have their own opinion. They might not be fans of Chirs Chung, but are usually fans of the Democratic Party, holding "Greater China" thoughts. Some might even say that Raymond Wong Yuk-man still belongs to the People's Power, yet they will say "fighting for universal suffrage without screening" is too naive. Innocence is not the most unbearable thing, but rather, their sophomoric Chunibyo tone when they speak to you. Chunibyo is a Japanese phrase referring silly and arrogant behaviour during one's adolescence. Yet many know-it-all adults in their 50s or 60s are still that silly.

There isn't unprovoked love in the world, nor is there unprovoked faux pas. Behind those authoritative old farts, there are usually ordinary Hong Kong stories: a young grassroots movement benefitted from education reform and had witnessed the years when Hong Kong's economy flourished and China opened up. Hongkongers only needed to do so-called comprador work and laugh all the way to the bank. Some may have even gained their status because of the brain drain of the 1990s. They believe that the only reason for their success is "personal effort", instead of believing that the era helped them. There is a saying: "survival of the fittest". Those who succeeded might not be the best, but rather the fittest who followed the trend of the era.

In Chinese society, "premature youngsters" are sinned. Lin Yu-tang wrote this in his book, My Country and My People (1935):


The Chinese have a certain contempt for young enthusiasm and for new brooms that will sweep this universe clean. By laughing at that enthusiasm and at the belief that everything is possible in this world, Chinese society teaches the young to hold their tongues while their elders are speaking early on.

And even though the society is by no means similar to that era, Hong Kong is still very traditional overall. When students had a class strike for universal suffrage, what we earned was the nonchalant irony from those who had failed to guard Hong Kong, saying things like "If the undergrads want to make sacrifices, they shall quit the universities... Most Hongkongers do not want to be against Beijing, this is not good for Hong Kong." When they are old, they have nothing to be ashamed of. They do not want to be decent men themselves, and neither do they allow "the new brooms" to be decent. No wonder Lu Xun said Chinese people are "on a whim from their old age until their death - they have to occupy roads of youngsters, and breathe all the air of youngsters".

Lee Tien-ming, a philosophist, once said: "Everyone has his adolescence, if he is not dead; everyone loses his teenage years, if everything is well. After all, one should not be proud of his age, unless he has no other things to be proud of; and one should not feel inferior, unless this inferiority can help you forget other heavier inferiorities." This can be applied to those who think that they are young enough, and those who think that they are old enough.
Posted by Azurino at 17:35