Lam Song-man: Forgiving the Authority-abuse Police is Out of the Question!

Forgiving the Authority-abuse Police is Out of the Question!
Translated by Karen L., Written by Lam Song-man  (林爽文)
Original: http://www.passiontimes.hk/article/05-17-2015/23011/ 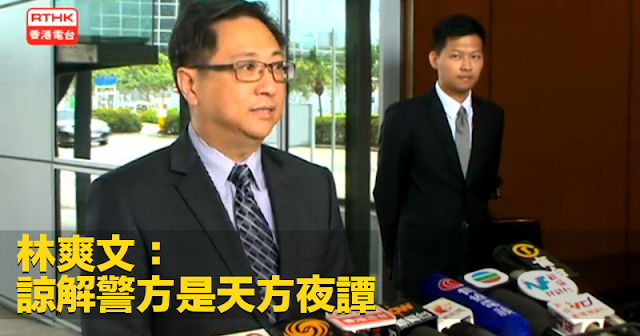 In 1978 Soviet Union, a nine-year-old girl was murdered. Kravchenko had been arrested, convicted, and put to death in 1983, though he had an alibi. As a matter of fact, the man was extorted confession under police's torture. 24 years later, he was proved innocent － It turned out to be a serial killer Chikatilo who ended the young girl's life. The case says, the arbitrariness of the police is accounted for Kravchenko's death.

With empowered authority, police forces are able to stop people, question them, interrogate them or hold them in detention within a specific period of time. During the course exercising these authorities, pepper sprays, guns, and so on － use of force － are allowed to be adopted. That is to say, a single imprudent mistake could lead to far-reaching drawbacks. In time of Soviet Union, there was Kravchenko killed being falsely accused; in the U.S., there were black youngsters executed in the street; in Malaysia, political figures from the opposition party were pushed from building; in mainland China, numerous housing clearance duties ended with violence.

In Hong Kong, a mentally handicapped person was forced to make a confession of a wrongly accused murder on the police statement. The case was dropped as the police officer fails to carry on his duty by the book. With higher authority than anybody else, upholding morality and strict manner are required in a police officer. Ordinary people lose clients, increase business cost, or harm their companies' reputation as a result of making mistakes, whereas one's freedom will be gratuitously restricted, will be racked from bodily harm or death, will be put in the wrong if a police officer makes mistakes.

A journalist suffered from rough treatment by seven police officers during the Umbrella Revolution, while the matter is still unsettled; a friend of mine was crookedly charged of drug possession (insufficient evidence before the court set my friend free, but it left a rather huge expense.); some activists were searched naked; some activists were beaten on the black maria; sex workers were made acquiesced to police's demands for sex without payment; some protesters were threatened as such "I will take you back to the police station and rape you"... Cases of abuse of authority are simply too many to count.

Originally, citizens empower police officers the authority to serve the society and maintain public order so that one's freedom is being protected. Their neglect of duty damages citizens' rights while they refuse to apologise for their own fault and exhibit arrogance on the public statement. To understand and forgive them for all this? This might be the best situation to quote the former Commissioner of the Hong Kong Police Force Andy Tsang Wai-hung's catchphrase "Out of the question!".
Posted by Unknown at 23:41