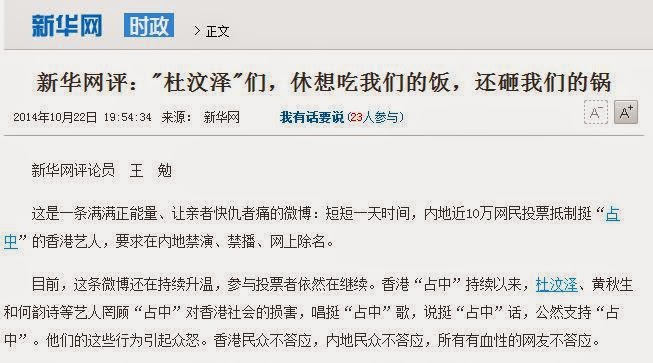 Earlier this year, Wong Chau-sang has already closed his Weibo account; Chapman To has long avoided making movies for the China market; and Denise Ho is enjoying her lucrative singing career in Hong Kong and Taiwan.
Posted by Unknown at 22:42