Surya Deva: Students and Political Reforms: The Journey has Begun!

Students and Political Reforms: The Journey has Begun!
Written by Dr. Surya Deva
Dr. Surya Deva is an Associate Professor at the School of Law of City University of Hong Kong. He specializes in business and human rights and comparative constitutional law.
Original: CityU Monthly April 2015 Edition 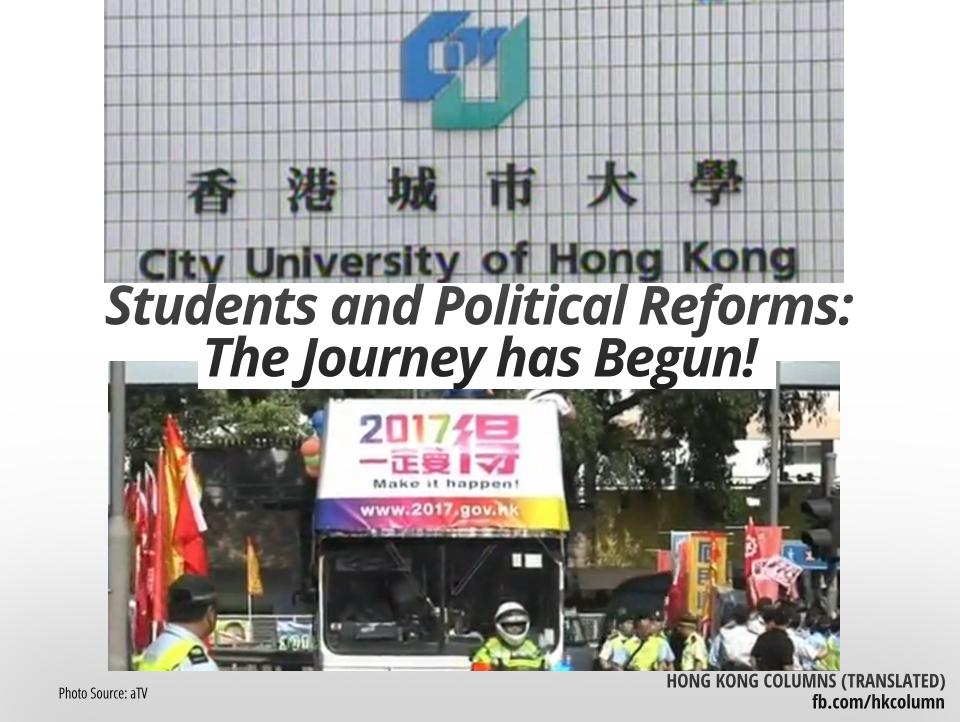 Should politics be part of the menu at universities? Should Hong Kong students be concerned about political reforms?

Views may differ, but in my opinion the answer to both questions should be a definite yes, especially in the context of the current political climate in Hong Kong. Several reasons underpin this opinion. The first reason stems from the paradoxical nature of constitution making: a constitutional instrument (like the Basic Law) binds not only the generation that drafted it, but also future generations who had no say in its content.

But why should the Basic Law bind the Hong Kong youth who were not even born when the Basic Law was adopted in April 1990? This paradox is resolved by giving future generations a right to amend constitutions – regarded as “living” documents – as and when necessary or even adopt a new constitution in certain situations. Therefore, students would need to assess whether the Basic Law meets their aspirations or not. History tells us that denying such a right to current/future generations often results in internal conflicts, coups and revolutions. The case of Hong Kong, despite being a special administrative region of China, is unlikely to be different.

Second, although the Basic Law guarantees – until 2047 at least – a “high degree of autonomy”, various freedoms, the rule of law and the “way of life” are practiced by Hongkongers, yet the very institutions designed to safeguard these values are undermining them. The role played by the Hong Kong’s Chief Executive (CE) is a case in point. The CE takes an oath to uphold the Basic Law. In practice, however, Mr. CY Leung is doing little to uphold Hong Kong’s autonomy or to pursue the ultimate goal of electing the CE as well as the Legislative Council members by universal suffrage.

The CE is of course accountable to the central government as well. But such accountability is only in accordance with the Basic Law, not in breach of its provisions. Serving two masters is never easy. Nevertheless, Hong Kong people, including students, would need to monitor the CE’s conduct closely, so that he does not pay lip service to his constitutional obligations.

Third, students as part of civil society do have a role to play in making the government accountable. Their role has become more critical because the local government has not been active enough in catering to the needs of disadvantaged sections of society. The recent statement of the Financial Secretary John Tsang – that if you can’t afford a home, then don’t buy it – sums up the government attitude. Free markets do not mean that the government acts only for the benefit of powerful business tycoons.

Fourth, after the umbrella movement, the central authorities are showing greater signs of controlling all types of institutions and bodies by packing them with pro-Beijing people. Such a systematic “institutional capture” will not only pose threats to Hong Kong’s autonomy but also stifle the space for creativity and dissenting views. This scenario again requires that all citizens are vigilant about rights and freedoms rather than relying solely on the local government institutions to act as a bulwark against pressures from Beijing.

In short, students must engage creatively with the process of political reforms – not merely for their future, but also for the future of Hong Kong. The road to democracy in Hong Kong is likely to be long, but the journey has begun. As Professor Fu Hualing aptly reminded us that the seeds of democracy “have been planted; and there is simply no return”.
Posted by Azurino at 22:43