New Liberate HK Sculpture in Southern California; No Communists Allowed
Original: Facebook
23 Dec (PST) / 24 Dec (HKT)
HKCT's correspondent recently paid a visit to the Liberate Hong Kong sculpture in Yermo, California, near Interstate-15. The sculpture was created by Chinese-born New Zealand artist, Chen Weiming, who was also behind the replica of the Goddess of Democracy that is currently housed at CUHK.
When the sculpture was unveiled in Liberty Sculpture Park on 29 August 2020, 2 months to the day after China forced on Hong Kong the National Security Law. Between 300 and 400 people showed up to show their support in yellow hard hats, signage, and flags, despite the raging pandemic.
“This statue is for Hong Kong and their revolution,” Chen said at the unveiling. “They want liberty, freedom, democracy.” The event was live-streamed by Hong Kong Forum, Los Angeles - Public.
Also housed in the same 36-acre park are several other statues, including the Tiananmen Tank Man, a commemoration of the Tian'anmen Massacre in June 1989, a 16-foot-tall statue of Chinese activist Li Wangyang in shackles, and Chief Crazy Horse, a 15-foot-high head of a Native American leader.
Visitors to the park will not miss the sign "WARNING: NO COMMUNISTS ALLOWED" in both English and traditional Chinese. Within close proximity, one will also find a bright yellow Hong Kong / Add Oil, Stand with Hong Kong flag tied to posts.
Back to Liberate Hong Kong, the sculpture sits on a base decorated with colourful tiles depicting messages and slogans about democracy, human rights, and freedom. Additional wooden square tiles with drawings, aspirations, and commemorations are found on a Lennon Wall next to Chen's sculpture.
(All photos are taken by HKCT and please credit them when you wish to share it elsewhere) 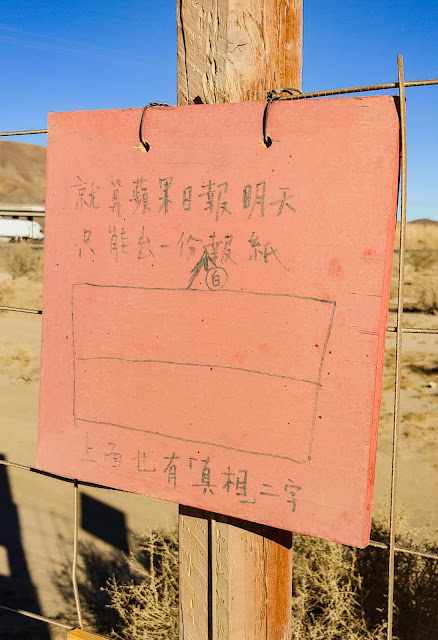 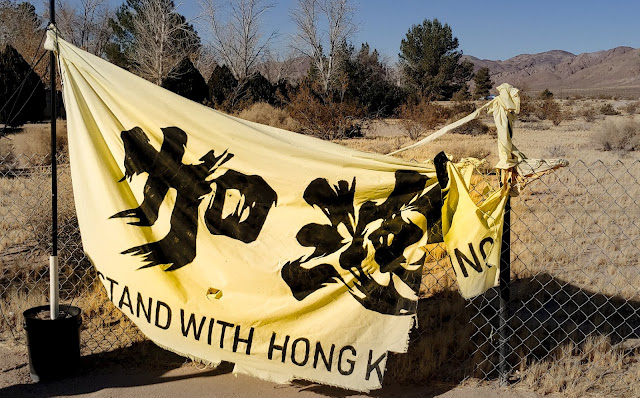 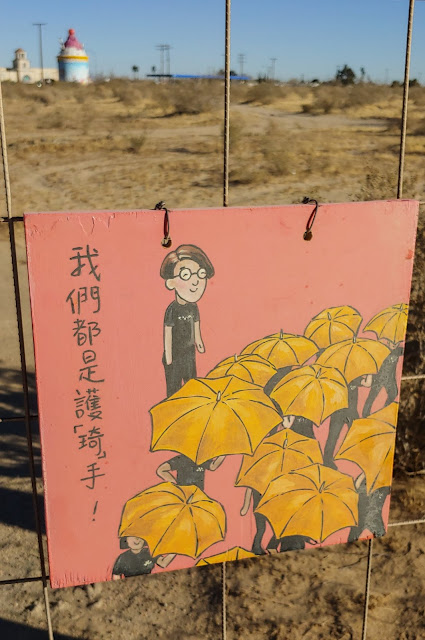 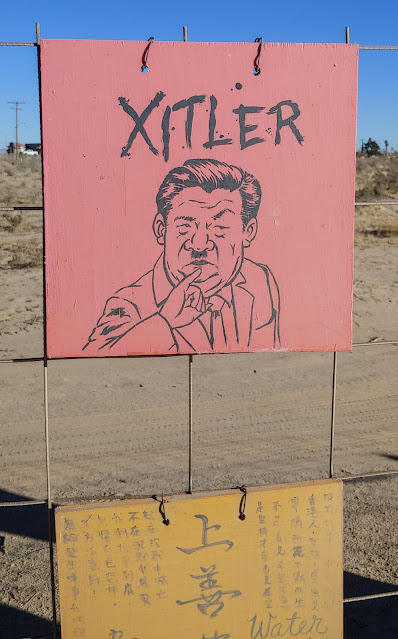 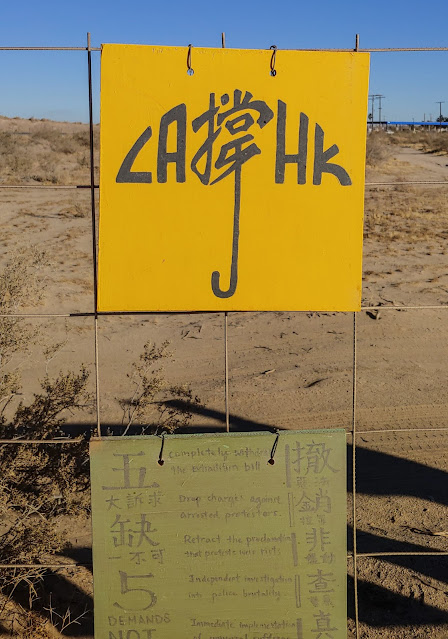 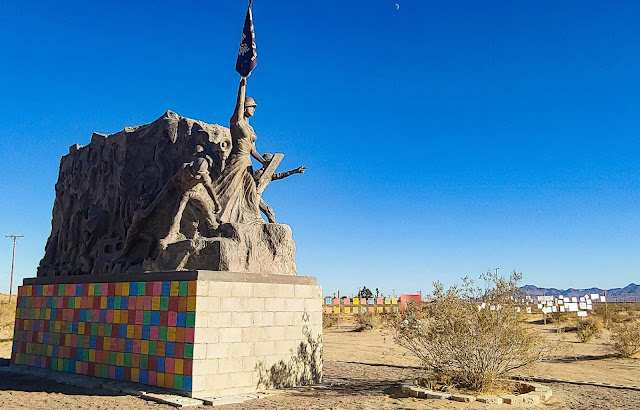 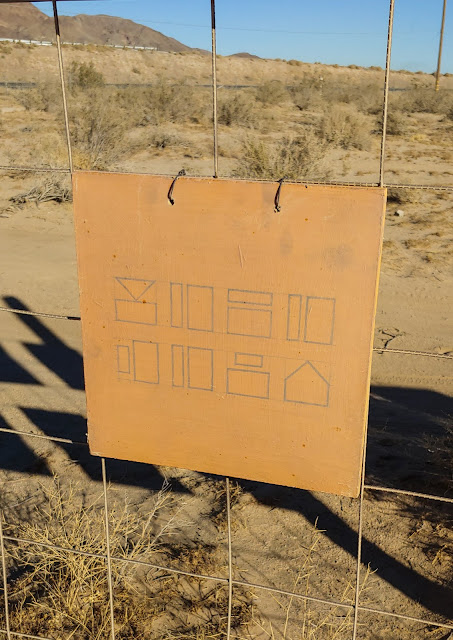 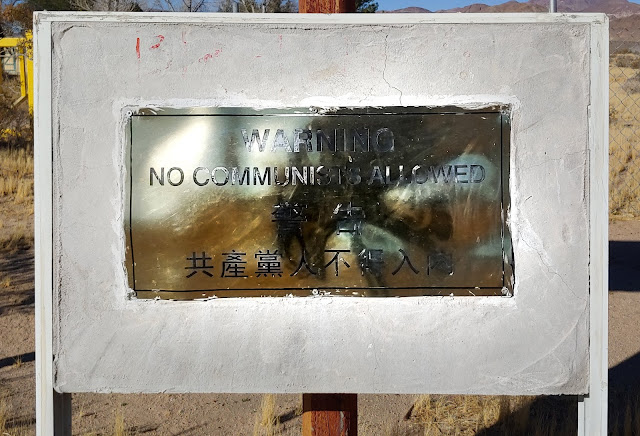 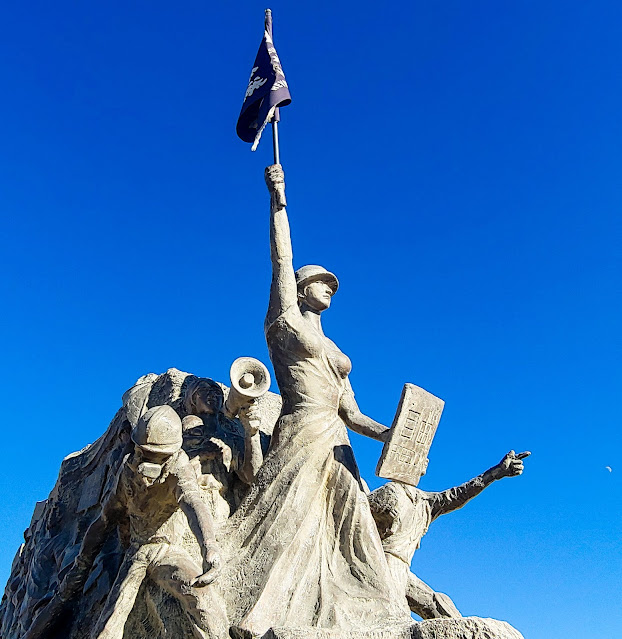 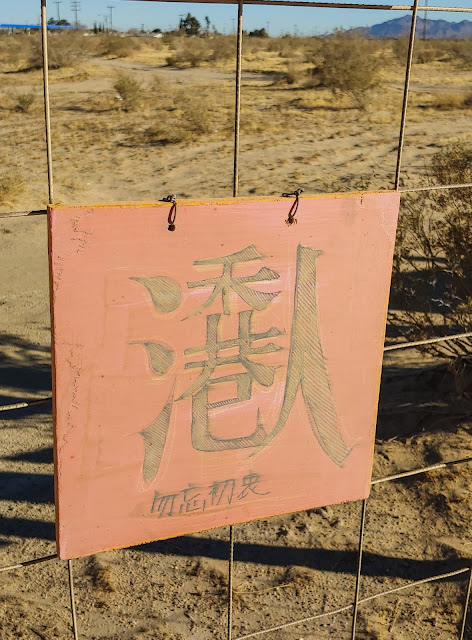 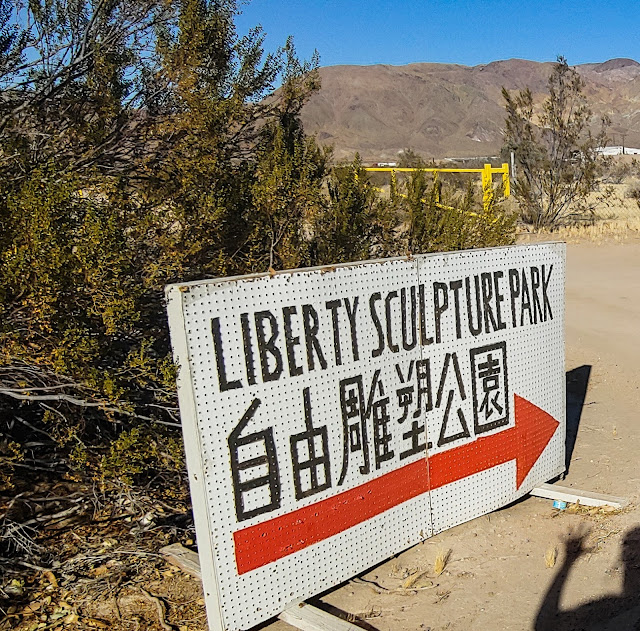